The show is a result of Hall's love for the Indiana Jones trilogy, and in it, he sets himself the task of playing some 40 characters, while recreating all of the big-budget set pieces from these three blockbusters, with little more than a map of the world, a steamer trunk, a knack for vocal mimicry and some rather dodgy shadow puppetry skills.

For a bit more information, here's the show's press release:
​ 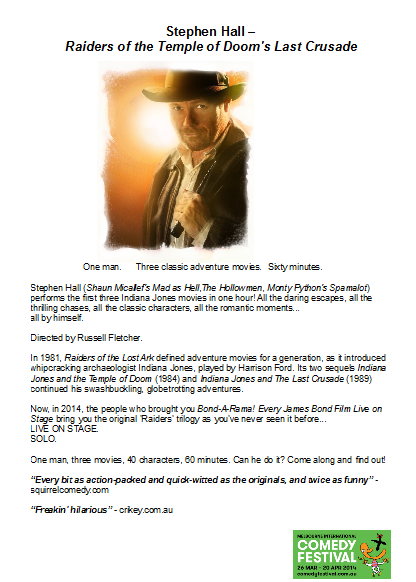